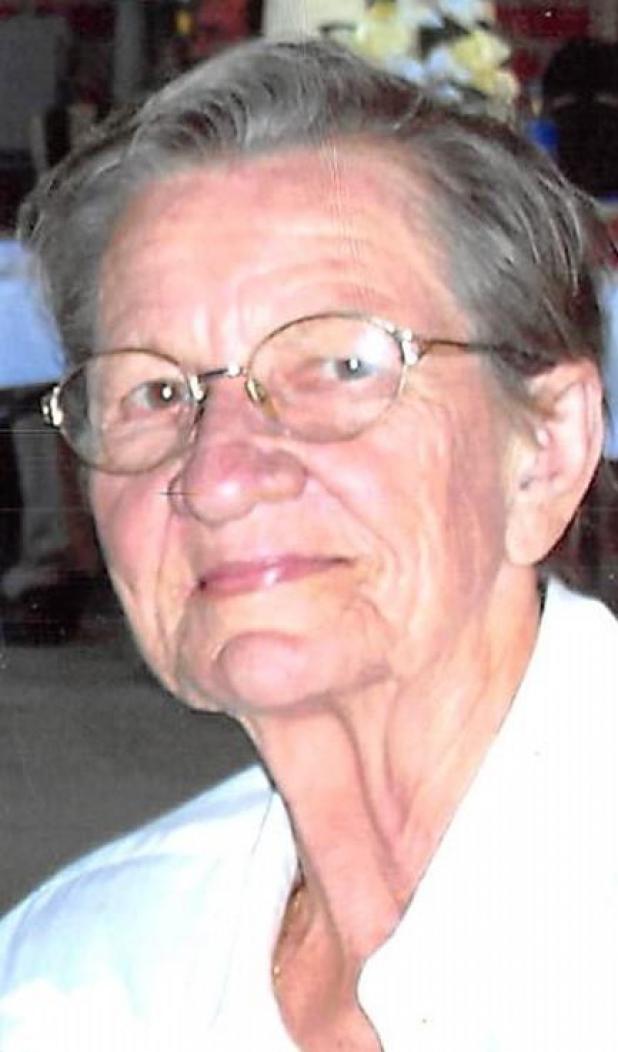 Breaux Bridge – A Funeral Service was held at 2 p.m. on Tuesday, September 10, 2019, at Pellerin Funeral Home for Yola Marie Castille, 91, who passed away on Saturday, September 7, 2019, at St. Agnes Healthcare & Rehab Center.
Visiting hours were observed at the funeral home from 8:30 a.m. until 2 p.m. on Tuesday.
A rosary was prayed at 10 a.m..
Deacon Jerry Wyble officiated at the Funeral Service.
Interment followed at St. Bernard Cemetery No. 2 in Breaux Bridge.
Mrs. Yola was a member of the Ladies Auxiliary in Parks. She enjoyed gardening, especially working in her flower beds. When she wasn’t in her flower beds, you would find her quilting, which is something she also loved doing in her spare time. She loved spending time with her family and friends and will be miss by everyone who knew and loved her.
She is survived by her son, Philip Castille and wife Cindy of Parks; daughters, Faye Blanchard and husband Whitney of Parks, Cheryl Landry and husband Steve of China, Texas, and Pam Grossie and husband Shane of Parks; brothers, Chester Frederick of Parks, Herman Frederick of Parks, Leo Frederick of Loeauville and Lenny Frederick of Catahoula; sisters, Nola Boudreaux of Cade and Hilda Gary of Parks; 14 grandchildren; 12 great-grandchildren, four step great-grandchildren, two great-great-grandchildren and one step great-great-grandchild.
She was preceded in death by her parents, Elus and Emily Frederick; husband, Leland Castille; brothers, Ralph Frederick, Clifford Frederick, Harold Frederick and Lyness Frederick; and grandson, Blaine Blanchard.
Pallbearers were Jake Melancon, Levi Grossie, Kristopher Castille, Leon Landry, Terence Landry, Nick Landry, Kip Landry and Zack Landry.
Pellerin Funeral Home of Breaux Bridge was in charge of arrangements.