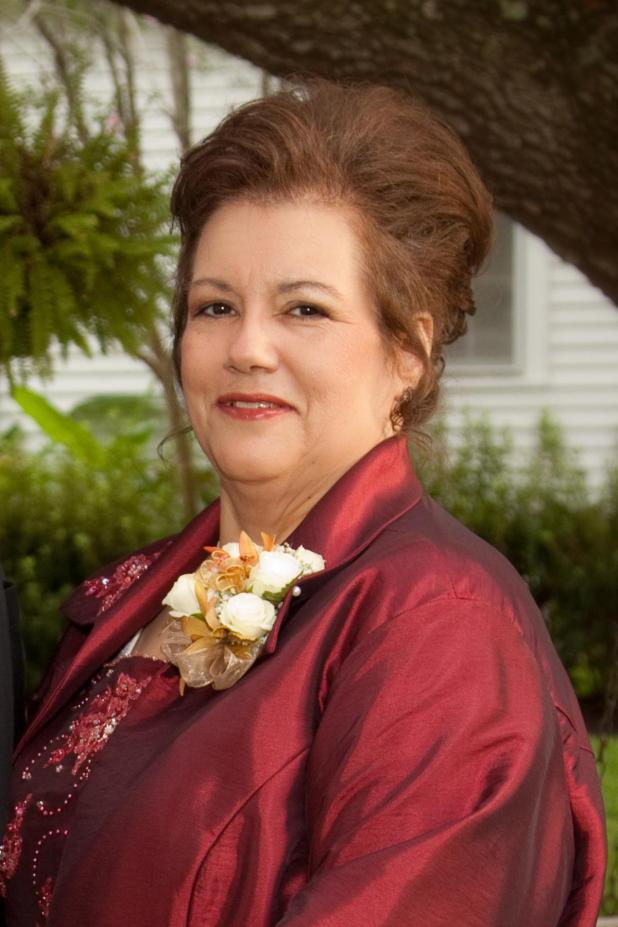 St. Martinville – A Mass of Christian Burial will be held at 10:30 a.m. Saturday, June 15, 2019, at St. Martin de Tours Catholic Church for Vickie Ann LeBlanc Albert, 64, who passed away on Saturday, June 8, 2019.
Her family requests visiting hours be observed at Pellerin Funeral Home on Friday, June 14, from 10 a.m. to 11 p.m. and on Saturday, June 15, from 7:30 a.m until the time of service.
Monsignor Douglas Courville will officiate the funeral service.
Internment will follow at St. Elizabeth Church Cemetery in Coteau Holmes.
Vickie was born in Thibodaux, La., on April 25, 1955. She grew up near Lafourche Crossing until the age of 8, when her family moved to St. Martinville.
She graduated from Mercy High School in 1973, and earned a bachelor’s degree in criminal justice from U.S.L in 1978. She and her family suffered their greatest loss in 1977 with the death of her younger brother, David.
In 1982, she married Curry James Albert of Coteau Holmes. Together they managed a sugarcane farm and raised four childrem until his death in 2015 brought to an end their 33-year marriage.
Vickie emjoyed cooking for – and entertaining – family, friends and strangers alike, especially if they brought along their young children for her to hug and spoil.
She took pride in being a member of civic organizations such as the St. Martin Parish Farm Bureau Women’s Committee and the AARP of St. Martin Parish. But her favorite pasttime of all was spent with her granchildren, Jolie, Luke and Brooklyn, as well as adopted granddaughter Braelyn.
She is survived by her mother, Eula Mayet Leblanc of Coteau Holmes; her daughter, Megan Louise Albert of Lafayette; her sons, Ryan David Albert and wife Chantal of Coteau Holmes, Derek James Albert and partner Desiree Ferris Atkins of Lafayette and Scott, respectively; and Jacob Lloyd Albert and girlfriend Lauren Credeur of Lafayette; special friend, Douglas Primeaux of St. Martinville; and grandchildren, Jolie Ann Brandalynn Ferris, 8, Luke David Albert, 6, and Brooklyn Rae Credeur, 4.
She was preceded in death by her husband of 33 years, Curry James Albert; her father, Lloyd F. Leblanc; and her brother, David A. Leblanc.
Pallbearers will be Ryan and Jacob Albert, Doug Primeaux, Steve Fusilier Jr., Clifton Giroir Jr. and James “Jimbo” Miller.
Honorary pallbeareres will include Derek Albert, Wade Vincent, Steve Fusilier Sr., Hobson “Hoppy” Champagne and Harold Giroir.
Pellerin Funeral Home of St. Martinville will be in charge of arrangements.