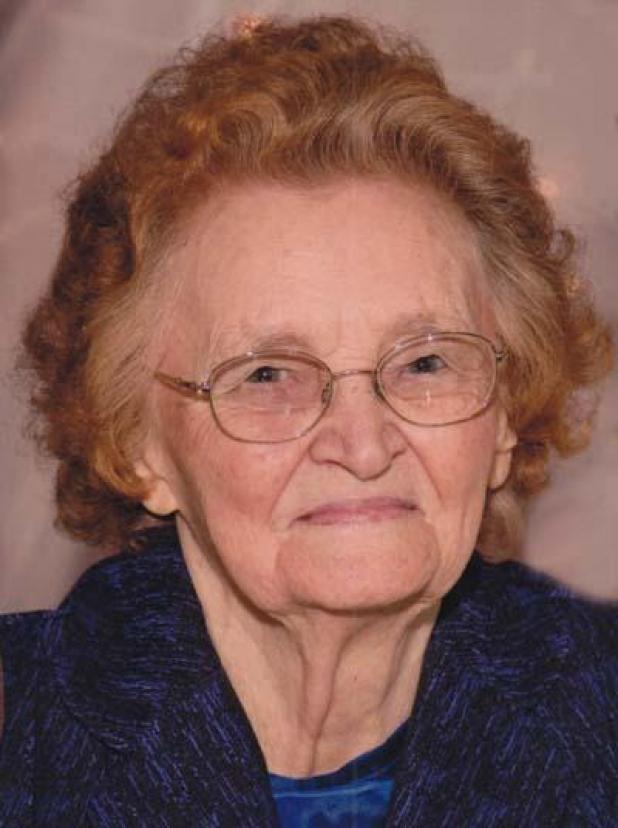 Cecilia – A Mass of Christian burial was conducted for Ruth Huval Guidry, 96, (June 3, 1923 - June 4, 2019) at 10 a.m. on Friday, June 7, 2019, at St. Joseph Catholic Church in Cecilia, La. with Father Gary Schexnayder officiating.
Interment followed at St. Joseph Cemetery in Cecilia. Visitation was held from 10 a.m. until 9 p.m. on Thursday with a rosary at 7 p.m. Pellerin Funeral Home reopened at 7 a.m. on Friday until service time.
Ruth married the love of her life, Mantor “Pacquet” Guidry. He was a neighbor who was drafted in World War II. She waited for her husband for three years until his return from the army. Mantor had mailed her money for her engagement ring and told her to wait for him to return so he could ask her for her hand in marriage.
Together both of them operated Guidry’s Grocery and Meat Market in Cecilia. Ruth was truly a caring woman who prayed daily. She never said anything negative about anyone. She would have her annual Christmas/New Years get-together with her family and friends where she would bake at least seven cakes and serve chicken gumbo and shrimp gumbo to serve her family and guests. Her family never left the get-together without food and dessert to take home. She taught her family to always be kind, thoughtful, to attend church and to be amicable to everyone as well as to help anyone in need. She loved spending time with her children, her grandchildren and especially her great-grandchildren on each Friday morning prior to their attending school.
Ruth is survived by her son, Rocky Guidry and his wife Jimmie Del; her daughter Brenda Doré and her husband Ronnie; her sisters, Lou Ella Huval, Genevieve Huval and Sue Roberts; her grandchildren: Snapper and Brodie Doré, Amber Doré Smith, Jennifer Taylor Gravouia, Daisy Guidry Trahan, Stacy Guidry, Tanya Lowery, James Robinson, Kayla Robinson Lowery. Her great-grandchildren are Gabe, Collin, Jase Doré, Brodie, Jasmin, Jaden, Harley, Dakota Lowery, Reagan Hughes, Hayleigh and Payton Robinson, Holden Allemond, Steven and Tyler Trahan, Madison Guidry, Robin, Trey, Lane and Payton Harrington, and Journi and Rainey Gravouia.
She was preceded in death by her husband, Mantor Guidry; her daughter, Linda Guidry Taylor; her parents, Galbert Huval and Ella Berard Huval; her brothers, Galbert Huval Jr., Paul Huval and Edwin Huval; and her sister, Alice Huval Guilbeau.
The pallbearers were Snapper, Brodie and Gabe Doré, Ty Smith, James Robinson and Tony Huval. The honorary pallbearers were Rocky Guidry, Ronnie Doré, Earl LeBlanc and several relatives. The readers were Shellie Doré and Rickey Huval, and the gift bearers were Amber Doré Smith, Daisy Trahan and Jennifer Gravouia. Musicians were Terry, Luke and Ginger Huval.
Pellerin Funeral Home of Cecilia was in charge of arrangements.
To view on-line obituary, sign guestbook and view video tribute, go to www.pellerinfuneralhome.com.