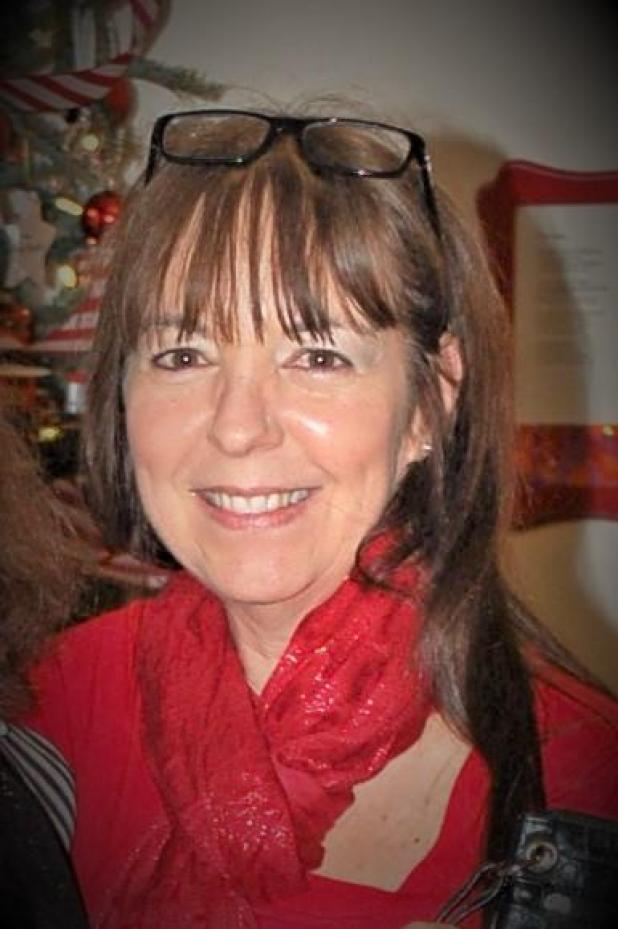 Myrtle Beach, S.C. – Renee Berard Bulliard, 62, of Myrtle Beach, S.C., died peacefully in-home on Sunday, September 30, at 5:45 p.m., born in St. Martinville, on February 24, 1956, after a quick progression of Pancreatic Cancer, a thief plaguing and robbing our society of our loved ones for far too long.
Coworkers, friends, and customers at her work place recognized her as a natural healer in the form of her organic faith; they thank her for her graciousness and many years of service; protecting them from sickness and disease.
The deep history of her large family and their broad southern roots were her pride and joy; her granddaughter was her “Sunshine.” Her family knew her as a gentle and faithful soul who played the guitar in her younger years; at times she was stubborn (in a good way). She always wanted to cook everything in coconut oil because of its health benefits, then everything tasted like a coconut, LOL.
She was the queen of purple; often associated with royalty, nobility, and ambition. Purple also represents wealth, extravagance, creativity, wisdom, dignity, grandeur, devotion, peace, pride, mystery, independence, and magic; these were her attributes. She always looked forward to Christmas back home in Louisiana and was firm in her faith and loved to invite anyone to church.
Her profession as a Fitness Instructor, Consultant of Organic Foods and Supplements were her calling. She was a ‘guru’ in this department; doctors would even seek her for consultation on health and healing. Shining a light so bright to show the relationship between faith and health, everyone she encountered was drawn to her halo. Faithfully she believed more than anything the healing powers of God…Death is the ultimate form of healing!
She was the daughter of the late Lloyd Jean Berard and Clelie Mary Berard. In addition to her parents, she was preceded in death by her brother, Peter Jean Berard.
Surviving are her daughter, Holly Bulliard Hollerbach and son-in-law Robert J. Hollerbach; brothers and sisters, Michael “Mike” Berard, Regina Berard Douet (Lee), Mary Anne Berard Breaux (Russell James Breaux), Lloyd Jr. Berard (Patricea “Patsy”), Mark A. Berard (Claudette), Stanley Berard (Brooke Harlowe), Amy Berard (Brian Judice – Fiancé); nephews and nieces, Hans Berard (Jamie Chastant-Berard), Michelle Berard, Emily Berard Boutte (Todd), John Douet, April Douet Gordon (Patrick), Amber Douet, Kimberley Douet, Jamie Breaux Dehart (Toby), Rusty Breaux (Jacylyn Rankin-Breaux), Joshua Breaux, Katherine “Katie” Whittaker (Jonathan), John Raia (Jessica) Christopher P. Berard, Hannah Gaudet and Zachary Gaudet; great-grand nephews and nieces, James Lee Douet, Luke Douet, Jasper Cash Gordon, Zoe Clelie Gordon, Ethan Dehart, Aiden Dehart, Owen Dehart, Katelyn Breaux, Olivia Breaux, Jackson Breaux, Lake Raia, William Raia and William Whittaker; sister by past law, Shirley Richard; and granddaughter, Hayli Rain Hollerbach (Renee’s “Only Sunshine”).
A Celebration of Renee’s life of organic faith was held on Saturday, October 6, 2018, at 7 a.m. at Ocean Woods Memorial Cemetery in Myrtle Beach where friends and family mingled on the back greens under the white tents and shared stories and memories of Reneé, enjoyed food and fellowship while enjoying a live Facebook feed from the private location for family of the Sunrise Service Ocean front. At sunrise the family had a procession to Ocean Woods Memorial Cemetery for readings, messages, music, and a graveside service. Online condolences can be made at www.msfh.net.
Memorial donations in honor of Renee Berard Bulliard can be made to www.GoFundMe.com/raisingforrenee.