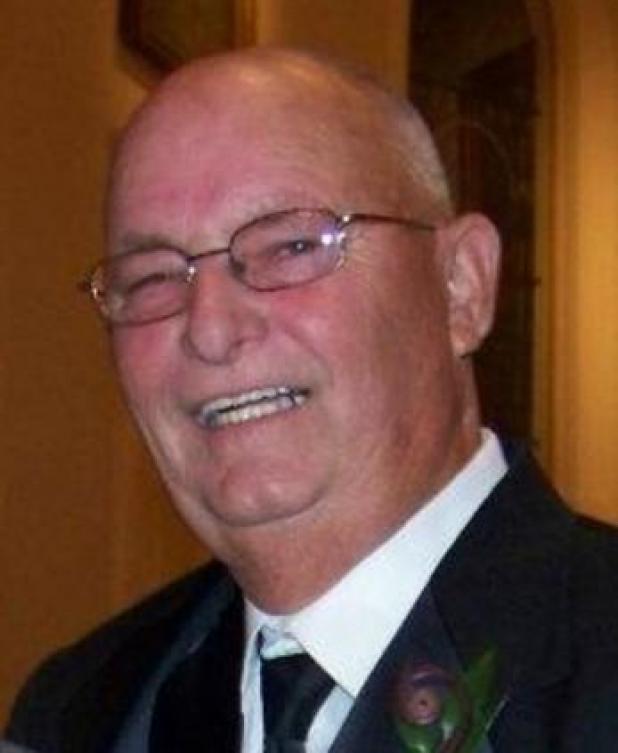 St. Martinville – A Mass of Christian Burial was conducted for George William Resweber, 77, at 11 a.m. on Monday, February 10, 2020, at St. Martin de Tours Catholic Church with Fr. Ed Degeyter officiating.
Following the Mass, Mr. Resweber was laid to rest at St. Michael’s Mausoleum.
A gathering of family and friends was held at Evangeline Funeral Home on Sunday from 3 p.m. until 8 p.m., with the Rosary being prayed at 6 p.m. Visiting hours resumed on Monday from 8 a.m. until 10:30 a.m.
George passed away peacefully after a lengthy illness on February 5, 2020, at his residence surrounded by his family.
George, a native of St. Martinville, La., spent his entire adult life as a public servant. He proudly served his country in the Louisiana National Guard and was honorably discharged. He retired from the St. Martinville Police Department after more than 40 years of service, where he protected the community in a variety of roles. After his retirement, he continued to watch over the public safety of hundreds of school children daily as a school crossing guard at St. Martinville Primary for the City of St. Martinville.
George was dedicated to the family he built with his beloved wife of 54 years, Judy C. Resweber of St. Martinville. Together, they had three children – Dean Resweber and his wife Cheryl of Thornton, Colo., Jerrod Resweber of Dallas, Texas, and Stacey R. Dugas and her husband Kyle of St. Martinville, La. He was blessed with four grandchildren – Trent Resweber, Dylan Boutte and Ethan Dugas and Greyson Dugas, all of St. Martinville, La.
George had a love for the outdoors. He was an avid hunter, and he enjoyed taking his wife on fishing trips. He and his wife also belonged to an RV camping club based in Butte La Rose, La., for many years where they made many friendships. With his passion for camping in an RV, he took his family on many vacations across several states. He could also be found passionately cheering for the LSU Tigers and the New Orleans Saints on weekends during football season.
The family would like to offer special thanks to the staff of Bridgeway Healthcare and Hospice for the years invested in assisting his wife in caring for George during his illness. Acknowledgments go to Bridgeway team members Erin, Holly, Lorene, Ashley, Carleese, Raquita, Sam and Danisia, and to childhood friend Father Ed Degeyter and Lucille Theriot and Adley Douet for proving their spiritual services.
He is preceded in death by his father, George Resweber; mother, Janice B. Resweber; and his only brother, Robert “Bobby” Resweber.
Members of the St. Martinville Police Department will be serving as pallbearers and performing honor guard duties during the funeral service.
Honorary pallbearers will include family and close friends: Dean Resweber, Jerrod Resweber, Trent Resweber, Dylan Boutte, Ethan Dugas, Greyson Dugas, Kyle Dugas, Dale Vincent, Michael “Mike” Legendre, Louis Durand, Alfred “Dickie” Touchet, Ben Breaux, Robert “Bob” Wardlaw and Kenneth Blanchard.
In lieu of flowers, the family is requesting that donations are made in George’s memory to the National Alzheimer’s Association or Bridgeway Healthcare and Hospice.
Family and friends are encouraged to visit George’s memorial page at www.evangelinefuneralhome.com.
Evangeline Funeral Home of St. Martinville is in charge of arrangements.