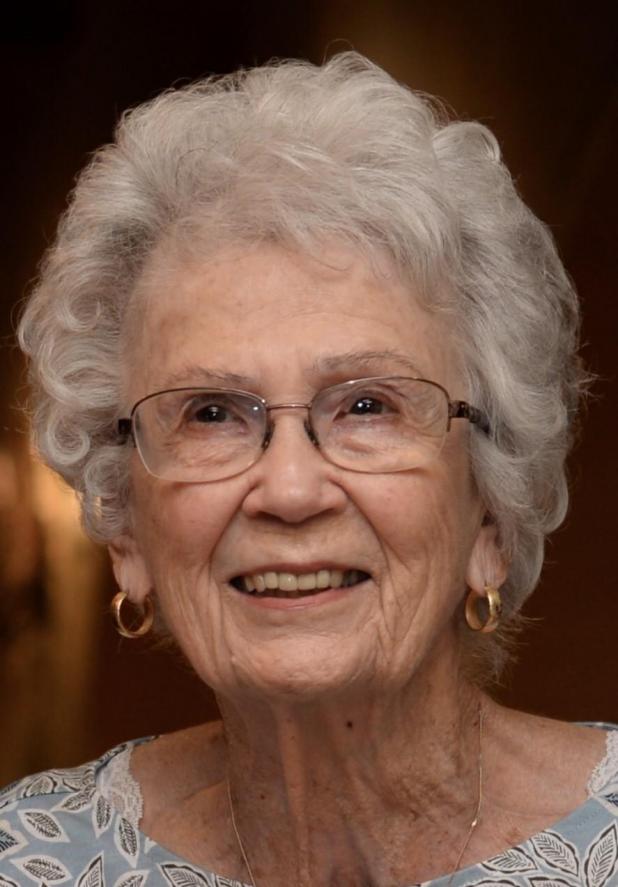 Breaux Bridge – Carol Munson Coles, 90, passed away on Sunday, September 13, 2020.
Visitation will take place at Pellerin Funeral Home in Breaux Bridge on September 16, at 9 a.m., with a Rosary at 10 a.m. A Mass of Christian Burial will follow at 11 a.m. at St. Bernard Catholic Church.
Rev. Pat Broussard will preside at the Mass of Christian Burial. Her son, Deacon Dwight Coles will assist.
Interment will follow at St. Bernard Cemetery No. 2 in Breaux Bridge.
Carol Louise Munson Coles, 90, died on September 13, 2020. Carol was born in Napoleonville, Louisiana, on August 14, 1930, and grew up in Donaldsonville.
She is survived by two children, Dwight Thomas Coles and wife Anne Minter Coles of Houston, Texas, and Cathy Coles Falcon and husband Jay Falcon of Broussard. She is also survived by her daughter-in-law, Debra Gaspard Coles of Lafayette; five grandchildren, Corey Coles and wife Joanna, Katie Falcon Williamson and husband Franklin, Amie Falcon Jackson and husband Ked, Taylor Falcon and wife Abbey, and Laney Coles Shirey and husband Richard; and seven great-grandchildren, Caitlin Coles, Scarlett Coles, Sloan Williamson, Rosalie Williamson, Nash Shirey, Roan Shirey and Aria Shirey.
Carol is preceded in death by her husband of 64 years, Dewey Leonard Coles Jr.; and her middle child, John Dewey Coles. Her parents were Lloyd Munson and Edna D’Aquin Munson.
Carol enjoyed both watching and participating in sports. She particularly enjoyed tennis, golf and swimming. She loved to travel and enjoyed spending time with friends, family, her grandchildren and great-grandchildren.
In 2018 Carol left her home in Breaux Bridge to reside at Camelot Assisted Living in Broussard.
During her years as a resident of Breaux Bridge, Carol was active in various community organizations. She was a member of St. Bernard Catholic Church for over 50 years. She served at St. Martin Hospital as a “Pink Lady,” and belonged to the American Legion Auxiliary Unit 133. Carol was a member of the Crawfish Festival Association, having served on the Queen’s Committee and as a co-chair for the Ecrevettes. She was inducted into the Crawfish Festival Association Hall of Fame in 1994.
Pellerin Funeral Home of Breaux Bridge (337-332-2111) is in charge of arrangements.