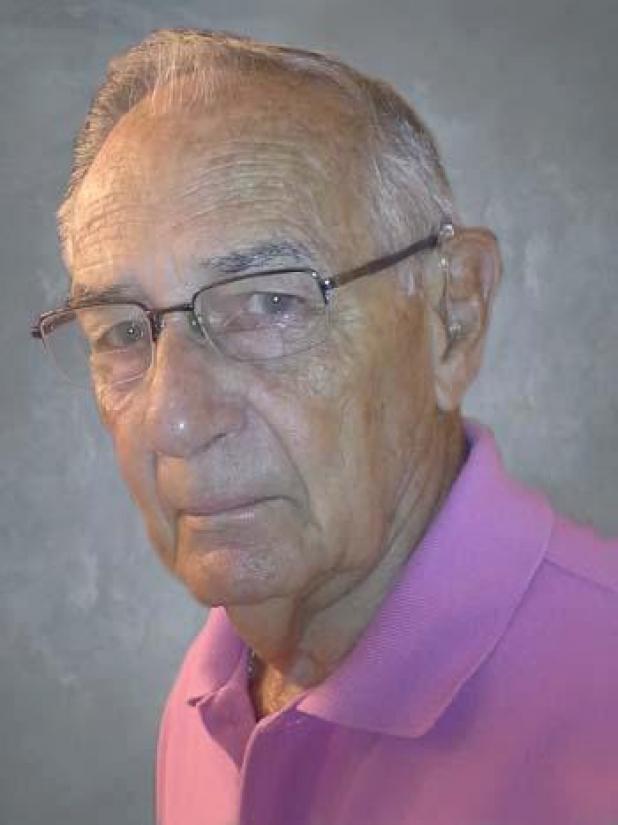 Breaux Bridge – A Mass of Christian Burial was celebrated at 10 a.m. on Saturday, December 22, 2018, at St. Bernard Catholic Church for Ames Antoine Guidry, 91, who passed away on Tuesday, December 18, 2018, at Lafayette General Medical Center.
Visiting hours were observed at the funeral home from 10 a.m. until 9 p.m. on Friday and continued on Saturday at 7 a.m. until 9:30 a.m.
A rosary was prayed at 7 p.m. on Friday.
Rev. Stephen Pellessier officiated at the Funeral Mass. Scriptures were read by Mairin and Carol Guidry. Gift Bearers were Bessie Theriot and Cathy Dore.
Interment followed at St. Bernard Cemetery No. 2 in Breaux Bridge.
Ames honorably served his country in the United States Air Force and was a member of the American Legion. He was retired from PPG Industries, after many years of dedicated service. Ames was an avid sports fan of L.S.U. and the New Orleans Saints.
As a pastime, he enjoyed gardening, woodworking, watching football, and going dancing. Ames was known to be a jack-of-all-trades. He was very meticulous with every completed project, which left him feeling a sense of accomplishment. Ames loved meeting people, and he loved his family dearly, especially his wife of 67 years, Lona.
He will be dearly missed by all who knew and loved him.
He is survived by his loving wife, Lona Latiolais Guidry; his son, Bucky Lynn Guidry and wife Carol; his daughter, Tamara DesOrmeaux and her significant other, Jacob Zenzer; and his grandchildren, Carter Guidry and Marin Guidry.
He was preceded in death by his parents, Tanis and Loberta Thibodeaux Guidry; and his sister, Annette Theriot.
Pallbearers were Darren Dore, Thomas Latiolais, Bryan Angelle, Gary Theriot, Guy Angelle and Larry Carmouche.
Honorary pallbearer was Carter Guidry.
Pellerin Funeral Home of Breaux Bridge was in charge of arrangements.
To view on-line obituary, sign guestbook and view video tribute, go to www.pellerinfuneralhome.com.