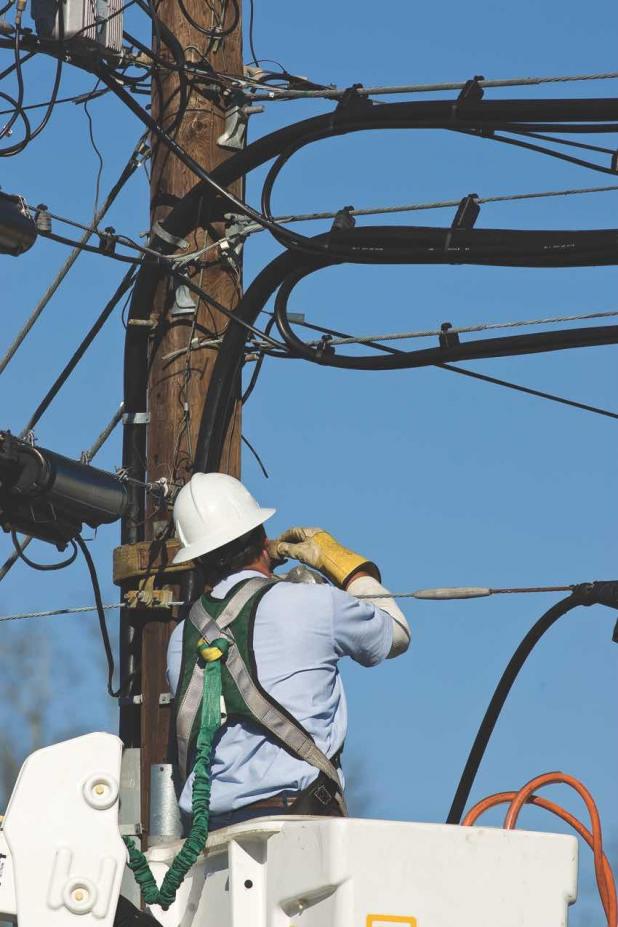 The Evangeline Mobile Home Park on North Main Street will be inspected for electrical safety and compliance with utility right-of-way guidelines.
At Monday’s city council meeting, owner Mark Brignac and his attorney Craig Piccione requested that the city utility system perform electric service upgrades at the park. Part of the park was upgraded by the city several years ago, but several trailers, Brignac said, have a dangerously inadequate power supply, resulting in damage to appliances and posing a fire risk.
According to Dist. 2 councilman Craig Prosper, however, there are a number of problems complicating the situation. For one thing, several mobile homes are larger than the park than it was designed for. As a result, these trailers extend well into the city’s 30-foot utility right-of-way. This places them directly under service lines, a code violation.
Prosper contends that, regardless of what the city had done in the past, it is the park owner who bears responsibility for the work and the city cannot expend public funds on private property. If improvements are made, such as adding larger trailers with higher electrical demand, the needed upgrades are up to the owner, he said.
“And anyway, if we can’t get service vehicles into the right-of-way we can’t do the work.”
Resident Pamela Thibodeaux said that her heater had recently quit working, which she believes was due to low power. She warned the council that the city risks liability if the power drop in that section of the park causes a fire. But, council members responded that liability would all to the landlord.
It was decided to have building inspector Rodney “Cooney” Richard inspect the electrical system at the park. “We will respond to this issue, but the residents might not like it,” Prosper said, “because it might mean we have to cut some of these homes off.”
The discussion, as well as a request that a closed mobile home park on Cypress Island Highway be allowed to reopen, caused a return to the unresolved question of new mobile home codes for the city. Questions about required inspections, trailer age limits and lot requirements will be compared to other municipalities in the area and further discussions will be held at future meetings.

Historical District
The Main Street Association raised questions about possible updating of codes and procedures for work on buildings in the historical downtown area. Director Danielle Fontenette broached the possibility of instituting a vacant building tax.
Such a tax is being used in some area municipalities to encourage development and upkeep in blighted downtown areas.
Dist. 1 councilman Mike Fuselier said, “It is not fair to neighboring businesses to have permanently empty and dilapidated buildings on either side of them.”
Mayor Melinda Mitchell and Prosper said the code, if adopted, would not be used coercively, but could be a tool to encourage progress in returning downtown buildings to productivity.
It was also suggested that business operators in the district be required to receive a historical compliance letter from the Main street Assn. before connecting to city utilities.

Park Master Plan
Dist. 4 councilman Juma Johnson presented a long-range plan for upgrades at Adam Carlson Memorial Park that includes four phases:
•Resurface the basketball court area, the large pavilion, restrooms and concession stand.
•Upgrade playground areas, parking lots, accessibility improvements and add a walking track.
•Add a splash pad, more restrooms and seating.
•Rework baseball fields and facilities.
Fuselier and other councilmen appeared receptive to the plan and Fuselier suggested that an inclusive parks master plan be prepared for recreation improvements that includes an analysis of remaining recreation bond funds and other funding sources.
The council approved proceeding with the planning and bidding process for the basketball court repairs and resurfacing as a first step.