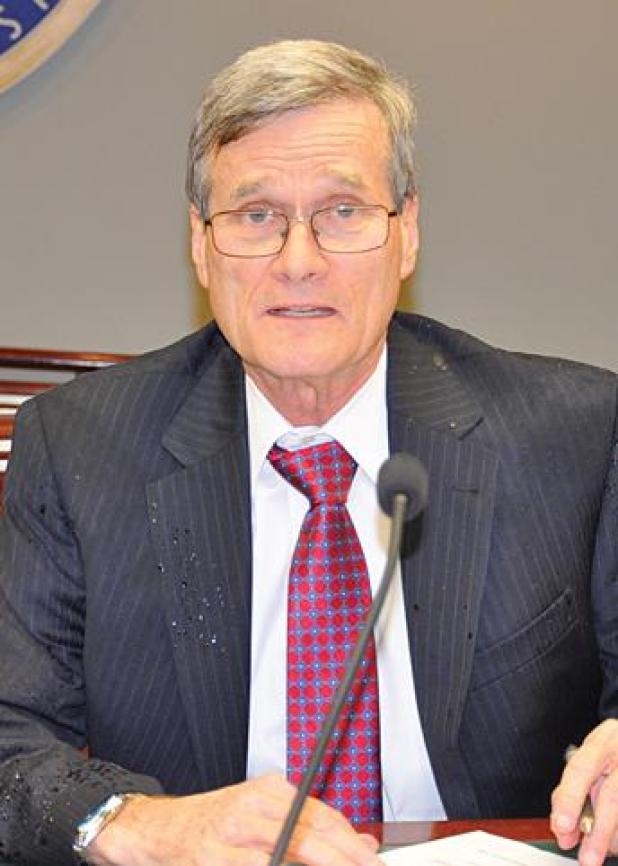 New St. Martin Parish President Chester Cedars was sworn in at the March 6 parish council meeting. The oath of office was administered to the long-time parish legal adviser and former assistant district attorney by his law partner Stan Gauthier II.
Cedars will serve as interim president until a special November election when voters will choose a successor to Guy Cormier who resigned last month to accept a position with the Louisiana Police Jury Association.

Opioid Lawsuit
In other business, the council authorized Cedars to engage a law firm to represent the parish in the upcoming opioid class action lawsuit. Cedars said several firms have offered their services, but he is still weighing the options.
He has set a number of requirements for the selection, which none of the applicants have fully satisfied. Besides his desire to hire a Louisiaia-based firm, Cedars wants a contingency fee lower than the one-third that is being proposed.
He would also like to base the contingency fee on the settlement amount minus the firm’s legal costs. Law firms often apply their contingency fee to the gross settlement amount then subtract the expenses from the remainder. With a settlement that could be as high as that contemplated in the opioid case, Cedars said the total amount charged could be exorbitantly high.
A contingency fee of 20 or 25 percent applied to the settlement net expenses, is what Cedars believes to be appropriate. He said time is of the essence, as early signers to the suit have a better chance of success.

Parking Lot
Also, Cedars recommended against payment to the contractor for substantial completion of the new parking lot for courthouse employees on East Berard Street. He said a final punch list prepared by the architects has not been addressed since it was presented 30 days ago. The list includes some remaining striping, a piece of metal protruding from the concrete and the installation of a hand rail.
The cost to complete the punch list items is estimated at $800. Cedars said he would have recommended payment of all but that $800 if the contractor had taken at least some action to address work.
He instead recommended that the entire completion retainer be held by the parish until final acceptance. “Frankly, if we pay all but $800 I’m afraid we will never see them again,” he commented. The council agreed.

Bayou Estates Flooding
The new president had strong feelings as well about a proposed flood wall to protect the Bayou Estates area near Stephensville. The years-long effort to secure permits and funding to build the flood control structure has finally paid off and all the necessary permits have finally been issued.
But a single resident near the location of the project is against it. Parish officials were asked to attend a town hall meeting there to discuss his opposition. Cedars said he declined to attend or send a representative.
“I’m going to be blunt here” he said, “This project is needed to reduce the flood risk in Lower St. Martin Parish. The project is important and there is nothing to discuss. We will not be delayed. It is going forward come hell or high water.” The flood wall should be completed around April of 2019, he added.
Finally, Cedars reported that he had received notice that the credit rating agency Standard and Poor has upgraded the parish’s rating from AA- to AA. “This is a fitting high note for Guy Cormier’s departure,” he decarled. “It shows once again that his management of parish finances was very sound.”