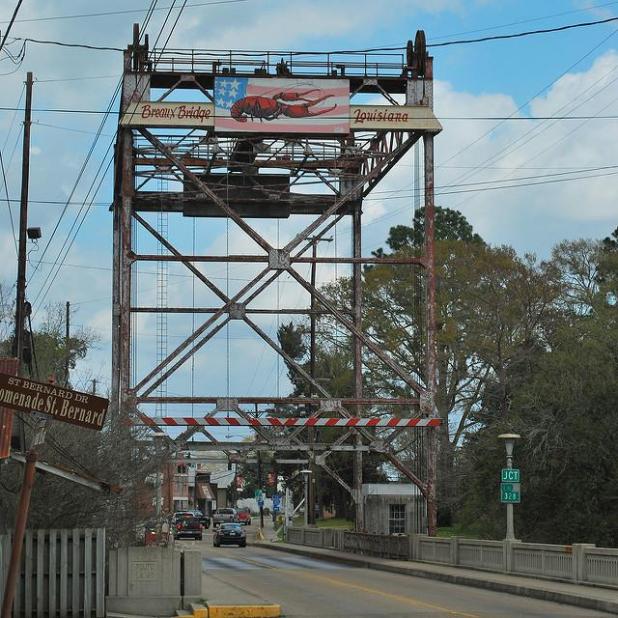 Residents and people with commercial interests along the city’s busy Rees Street corridor would like to see major improvements made to the city’s gateway off Interstate 10.
Consultant Mike Hollier of the Acadiana Planning Commission (APC) and representatives from the engineering firm Neel-Schaffer presented results of a public hearing about an improvement study made of the busy thoroughfare to Mayor Ricky Calais and council members at the monthly council meeting last week.
Hollier told city officials that stakeholders indicated they would like “to go big” on the rework of the town’s main entry point.
The open-house hearing, held last month at the Breaux Bridge library, gave stakeholders an opportunity to view the options and weigh in on their preferences.
A majority of those in attendance wanted to see a multi-use walkway big enough to accommodate both foot and bicycle traffic with a wide, tree-planted green space between it and the street.
A preliminary design, prepared to show these preferences, includes roundabouts at the major intersections with Latiolais, Mills and Refinery streets. Studies suggest that the roundabouts would reduce the higher-than-average accident rates at those intersections and speed the flow of traffic.
Rees would be widened to six lanes with a divider between Latiolais and Mills streets. There would be four lanes with a divider from Mills to Refinery streets, then reduced to the existing three lanes from Refinery to East Bridge.
Mayor Calais and some council members voiced doubt that the city would be able to finance the sizeable matching contribution that would likely be required to secure a grant for the work. But Hollier said APC is expecting the president and Congress to approve an infrastructure spending bill in the near future that could free up substantial funding for projects like Rees Street. He also said the local match could be less than the 20 percent the mayor anticipates.

School Traffic
Dist. E councilman Eddy LeBlanc reported that potential safety problems are being experienced by pedestrians around the primary school on East Bridge Street.
LeBlanc said he was contacted by Joseph Halphen who said he was walking his granddaughter to school when they were nearly hit by a school bus while crossing Bridge Street.
Halphen told the Teche News that speeding and running stop signs by cars and even school buses is rampant in the area.
“The bus stopped close enough for me to touch it, then the driver yelled at me,” Halphen said. “The public needs to become aware of this before something really bad happens.”
It was suggested that crossing signs could be placed at key intersections, but the mayor said that, if other traffic control measures are not included, it would likely give pedestrians a false sense of security.
“It might increase risks if people assume the cars will stop,” he said. Calais said the administration and police are working to develop a better solution.

Bayou Teche
Finally, Dane Thibodeaux, bayou operations coordinator for the Teche Project, presented an annual review of the organization’s bayou clean-up and improvement efforts. To date, the group and its volunteers have removed 53 tons of debris from 135 miles of the bayou.
The Arnaudville-based organization, he said, continues to promote recreational use of the waterway through the addition of floating docks, trailhead information kiosks, wood duck box workshops and educational programs.
Thibodeaux thanked the city’s residents and leadership for being reliable partners in their program. “We have had nothing but the complete support of Breaux Bridge. It’s like our second home,” he said.