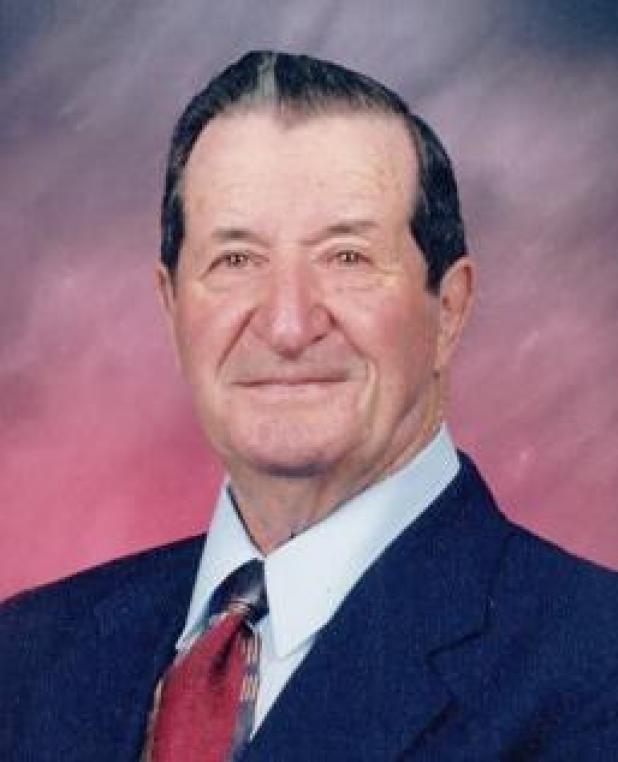 Breaux Bridge – A Memorial Service was held at 10 a.m. on Saturday November 9, 2019, at St. Bernard Catholic Church for Shirby John Breaux, 92, who passed away on Sunday, October 27.
Prior to the service, a rosary will be prayed in the church at 9:30 a.m.
Shirby was born on November 7, 1926, in Church Point, Louisiana, to Elie and Ida Collins Breaux. His family moved to Parks before settling down in Breaux Bridge. Shirby proudly served in the U.S. Navy during World War II from 1944-1946, most notably on the Kitkun Bay aircraft carrier alongside his identical twin brother Shirly.
After the war, he returned home to Breaux Bridge to finish high school, where he met and fell in love with Marella Jane Sonnier. They married in 1951, settling down in Anse La Butte to raise three daughters and two sons.
Shirby worked incredibly hard his entire life, with a strong desire to help others. He loved and provided for his family first and foremost. He was a very skilled handyman, there was nothing he could not build nor fix. He greatly enjoyed making cypress benches to be shared with others.
He had an incredible passion for fishing – it was by far his favorite pastime. He was the most entertaining storyteller – especially stories about his WWII adventures, his vivid dreams, and his many life experiences. He loved meeting new people and if you were lucky, you were presented with a crawfish necklace.
He wished that he had traveled more. He instilled in his children an appreciation for the most basic things in life – a life he lived to the absolute fullest, always fighting the good fight. His family loves him dearly and will miss him deeply.
Shirby is survived by his loving wife of 68 years, Marella Jane Sonnier Breaux; sons, Ed Breaux and wife Tina of Breaux Bridge, and John Breaux and wife Sally of Austin, Texas; daughters, Milissa Breaux Duplechain and husband Greg of Lafayette, and Angie Breaux of Breaux Bridge; six grandchildren (Jad, Amanda, Adam, Sara, Emma, Lily); two great-grandchildren (Jeremiah, Piper); and sister-in-law, Dot Breaux of Parks.
He was preceded in death by his daughter, Noreen (Gayle) Judice and her husband Robert of Lafayette; grandson-in-law, Brad Lafleur of Lafayette; parents, Ida Collins Breaux and Elie Breaux; brother, Ashton Breaux and wife Deneige of Lafayette; brother, Shirly Breaux of Parks; sister, Hilda Savoie and husband Warren of Palmetto; and sister, Hazel Theriot and husband Bill of Breaux Bridge.
The family would like to give special thanks to the volunteers and staff of Hospice of Acadiana.
Pellerin Funeral Home was in charge of arrangements.
To view on-line obituary, sign guestbook and view video tribute, go to www.pellerinfuneralhome.com.