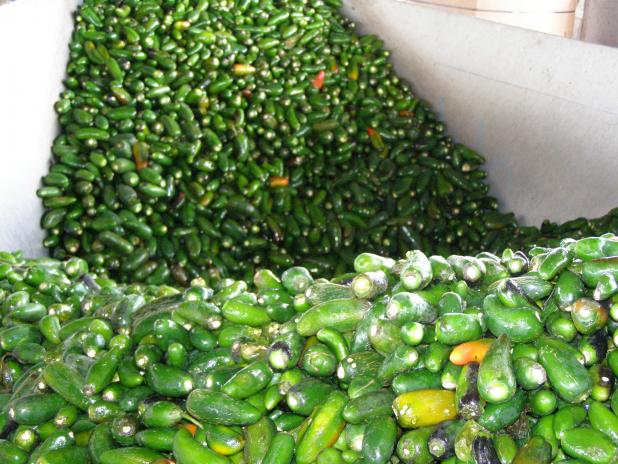 The 2019 Kiwanis Pepper festival will he held in a different month and at a different location than in recent years.
Kiwanis President Brad Horton received approval at the April 1 city council meeting to hold the event, now scheduled for Oct. 26, at Magnolia Park instead of the festival grounds. Horton said the large pavilion at the park will provide dry space in case of rain and much more parking space for visitors.
The Kiwanis was also given permission to use the city pool for the “Every Child a Swimmer” program May 13-17. It will be the 17th year for the program and about 160 kindergartners are expected to participate. Every Child a Swimmer is credited with drastically reducing child drownings in St. Martin Parish.

Teche/Vermilion
The ten-year renewal of the 1.5 mill property tax that supports the water quality in both the Bayou Teche and Vermilion River will appear on a May 4 ballot in some areas.
Teche/Vermilion Fresh Water District manager Donald Segura explained that proceeds from this millage, renewed every ten years since 1970, support the pumping of fresh water into both waterways. That pumping began in 1982 and is responsible for a marked increase in water quality.
Before the pumping began, Segura said, the
Teche and Vermilion had become stagnant, polluted and salt water had begun intruding upstream. The growth in the recreational use of the waterways and, their value to the local tourism industry, he added, would be far reduced if those improvements were reversed due to a lack of support.

Skate Park Addition
The council approved an expenditure of $15,000 for an addition to the skate park at Magnolia Park. The addition will provide a connected area for younger and less-experienced skaters and bike riders to develop their skills without being intimidated by the fast-moving experienced skaters.
Promoter Luke Romero said that contractor Dave Watigney can begin work on the addition as early as May 1 and should take about three weeks, weather permitting.

Mentoring Program
Kalli Christ, of the Mayor’s Mentoring Initia-
tive described a proposed pilot program that will link school-designated at-risk St. Martinville schoolchildren with city employees who will act as mentors.
To be administered through the Big Brother/ Big Sister program, the Mayor’s Mentoring Initiative will screen and train volunteers. Approved mentors will spend one hour per week with their charges at school during the student’s recess period.
Christ told the council, “Every child has unlimited potential and each should have the same opportunity to succeed.” No council action was required at this time.

Trailer Troubles
Mobile home park owner Marc Brignac presented the council with an invoice for $6,500 for engineering costs related to electrical service upgrades needed at his mobile home park. The required upgrades are needed because new, larger trailers require more than the 100 amp service supplied by the city when the park was established.
Councilman Craig Prosper made a motion to refuse payment for the work, saying taxpayer funds cannot legally be spent on a private busi-
ness property. As he has done in the past, Brignac accused Prosper of carrying out a long-standing grudge against him.
The council approved a substitute motion by councilman Edmond Joseph to defer action and follow Mayor Melinda Mitchell’s suggestion to seek mediation on the matter.

Healthy Comunities
LSU Ag Center representative Jessica Randazzo received council approval to host a walk on Thursday, April 25 to draw attention to the Healthy Communities initiative. The walk will focus on making neighborhoods more pedestrian and bicycle friendly and encourage a healthier lifestyle for St. Martinville residents.
The walk will begin at St. Martinville Primary School at 9:30 a.m. and end at Longfellow-Evangeline State historic site. Light refreshments will be provided. Call Randazzo at 337-332-2181 for more information.

Also:
The expenditure of $7,800 for an automatic sampling device for the wastewater plant was approved.
An increase in electric and water service reconnection fees as well as the charge for temporary construction power poles was approved. After the change goes into effect, reconnections will cost $25 instead of the current $10 and temporary construction poles will cost $50 instead of $25.